The Center for Chinese History and Culture of the University of Macau (UM) held the launching ceremony and the first press conference of the “Chinese History and Culture Cognitive Index for Junior School Students in Macau” on March 28, 2018.This research was conducted from December 2017 to January 2018.According to the survey data and the cognitive model ,it can be seen that there is correlation between school students understand to the national and local knowledge level and their cognitive state and local cognitive index. That is to say, if the knowledge level is higher, its corresponding cognitive index scores will be higher. The national cognitive index was also found to be highly correlated with students’ family environment, school environment and media.

The second press conference was held on September 23, 2020.In this research, 1391 students from 10 schools were randomly interviewed on the status quo of the cognition of the country and the history and culture of Macau. It can be seen that the junior school students’ cognition of Macau local history and culture on the country is relatively positive, but slightly lower than that of the national history and culture. Both the national and local historical and cultural cognition indexes have improved compared with 2017.The value of national history and culture cognitive index of junior school students in Macau is significantly affected by family environment, media and school education .And understanding of national knowledge is also correlated with cognitive index. This study contributes to the implementation of “One country Two systems” in Macau .It is a meaningful reference for the study of national identity and it has become a landmark index of Macau’s cultural fields. 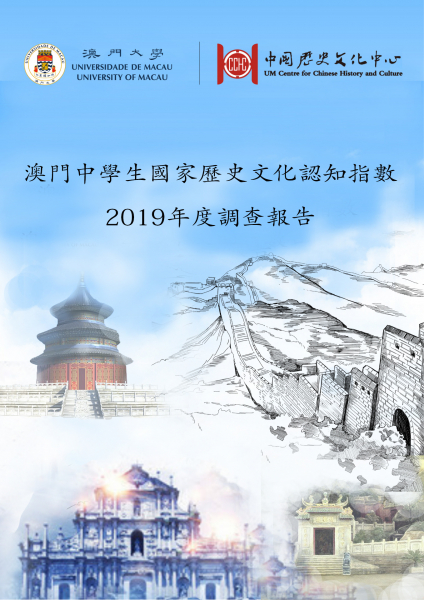