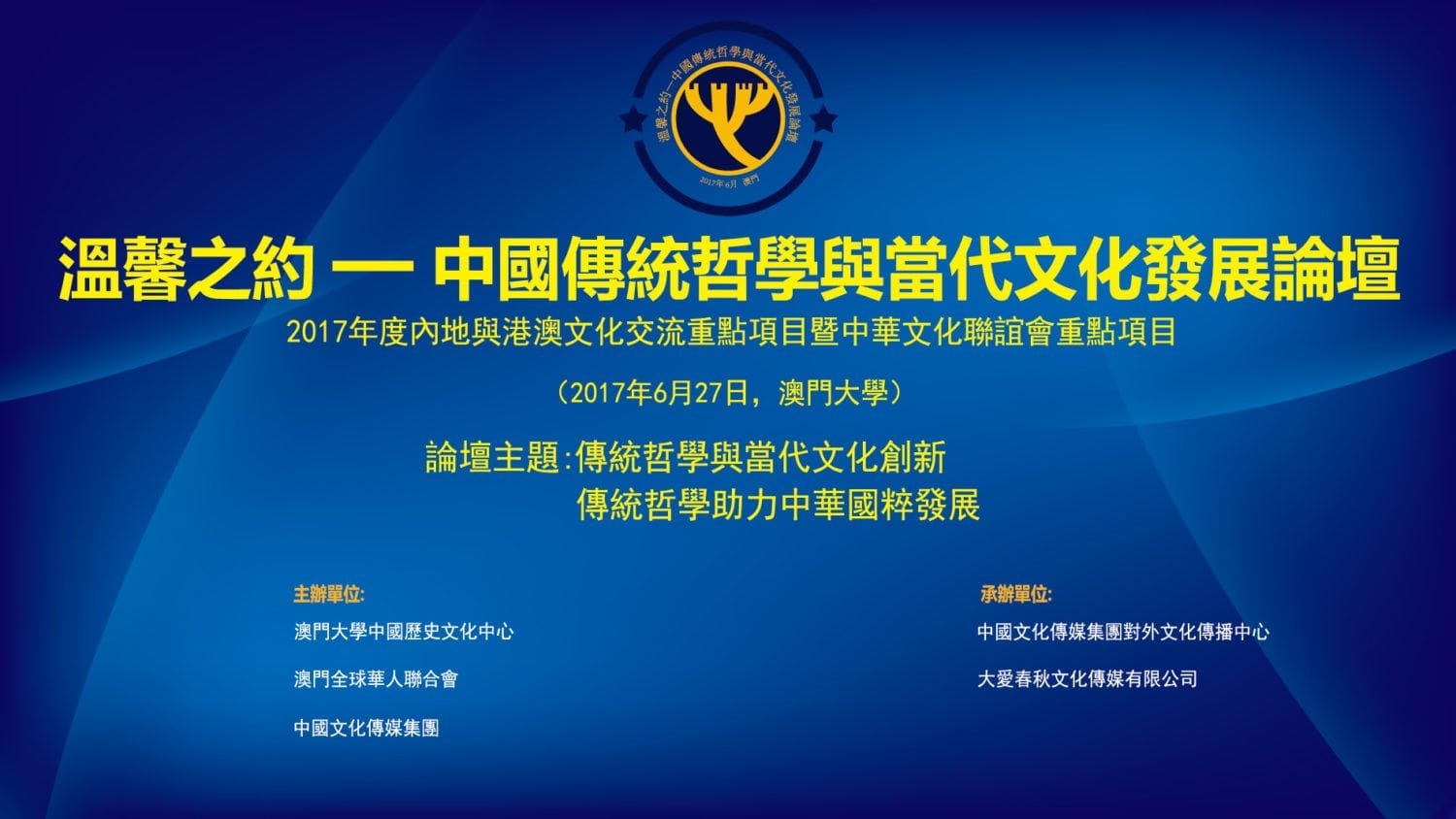 A forum on traditional Chinese philosophy and contemporary culture will be held at the University of Macau (UM) and the Macau University of Science and Technology from 27 June to 29 June. Well-known scholars from mainland China and Macao will attend the forum to discuss the essence of traditional Chinese culture with Macao residents to increase their understanding of the subject. The event is jointly organised by UM’s Centre for Chinese History and Culture, China Cultural Media Group Limited under the Ministry of Culture, and World Chinese Association in Macao. This is the first cultural event the centre has co-organised since its inauguration in February this year.