Mr. Gao Xiang, the Vice President of the Chinese Academy of Social Sciences (CASS) and the Dean of the Chinese Academy of History, led a delegation to visit the University of Macau (UM) on 26 May 2021. The delegation was warmly received by the Rector of the UM, Prof. Song Yonghua. During the visit, the delegation visited the Centre for Chinese History and Culture (CCHC) of the University of Macau at Cultural Building. 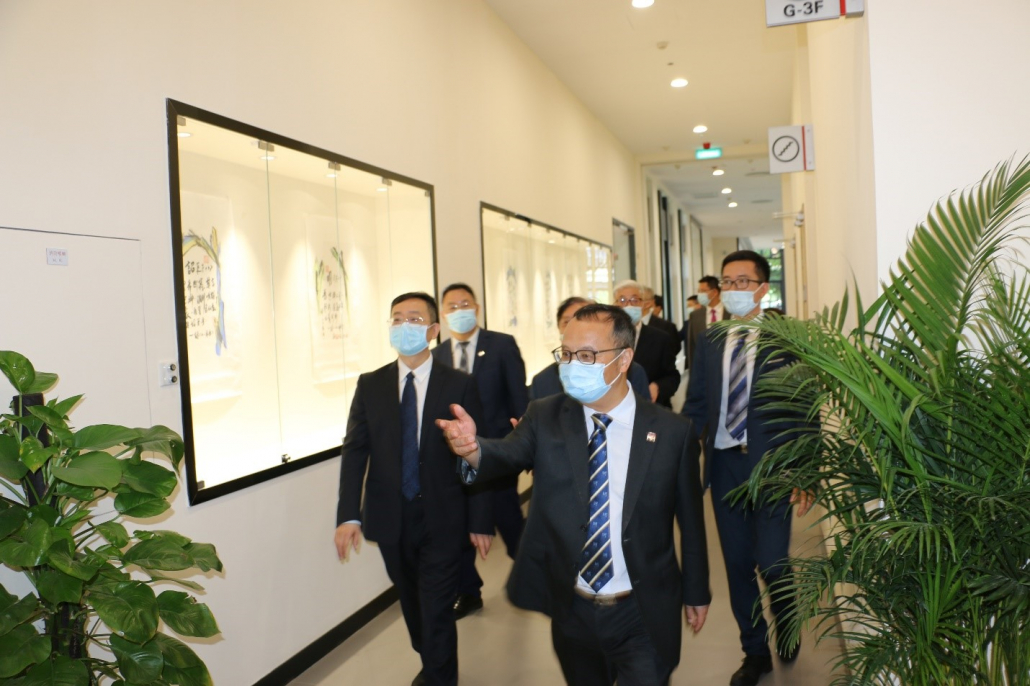 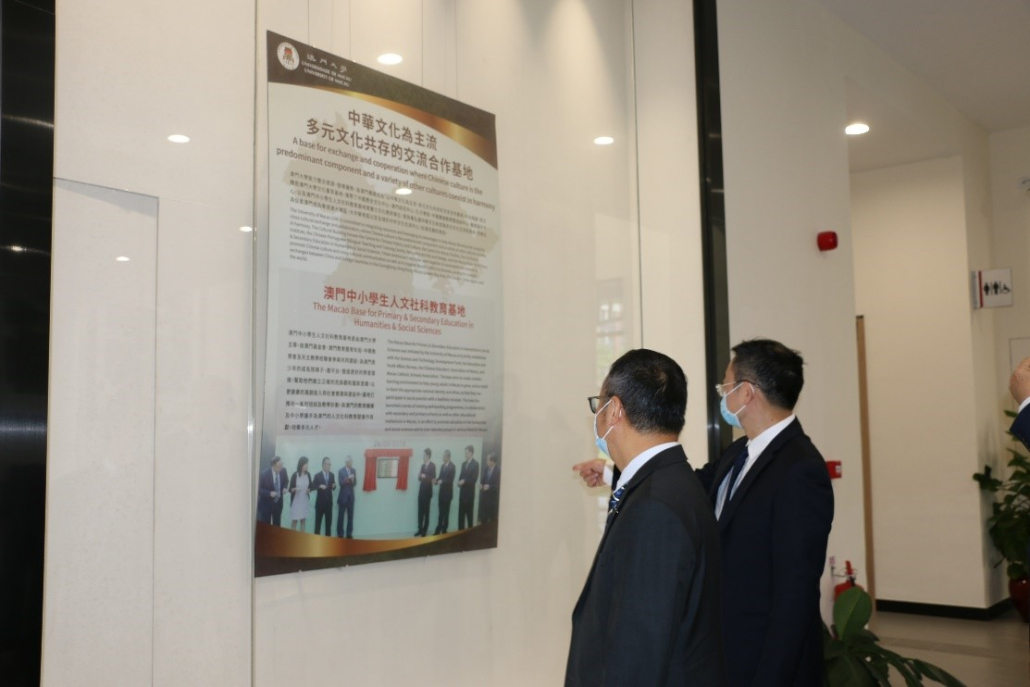 Prof. Zhu Shoutong, Director of the CCHC, reported the work content of the centre to the delegation, mainly from the establishment of the centre, the working principle of the centre, and the five constructions in the centre (activity promotion centre, education and training centre, academic exchange centre, academic research centre, publicity and publication centre). And the centre has achieved fruitful results throughout the four years since it has been established. In the end, Prof. Zhu Shoutong summed it up with the sentence “the relationship between homogenization, homochromization, and also specialization and popularization”. 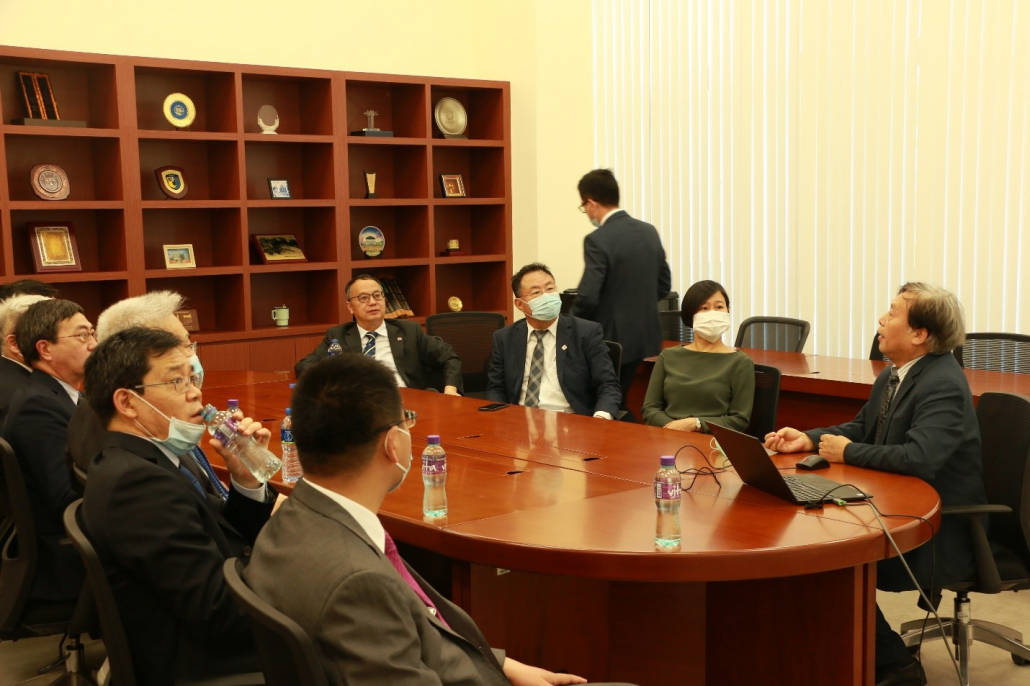 Prof. Lam Iok-fong, Director of the Centre for Macau Studies (CMS), also introduced the contents of work and the books published by the CMS. The centre’s mission is to promote interdisciplinary research in Macao. In different historical periods, Macao has adjusted its goals in response to the development. In recent years, China has put forward the “One Belt, One Road” initiative and the development of the Guangdong-Hong Kong-Macao Bay Area, and Macao has entered a new stage of history. The future of Macao has a closer relationship with national policies. 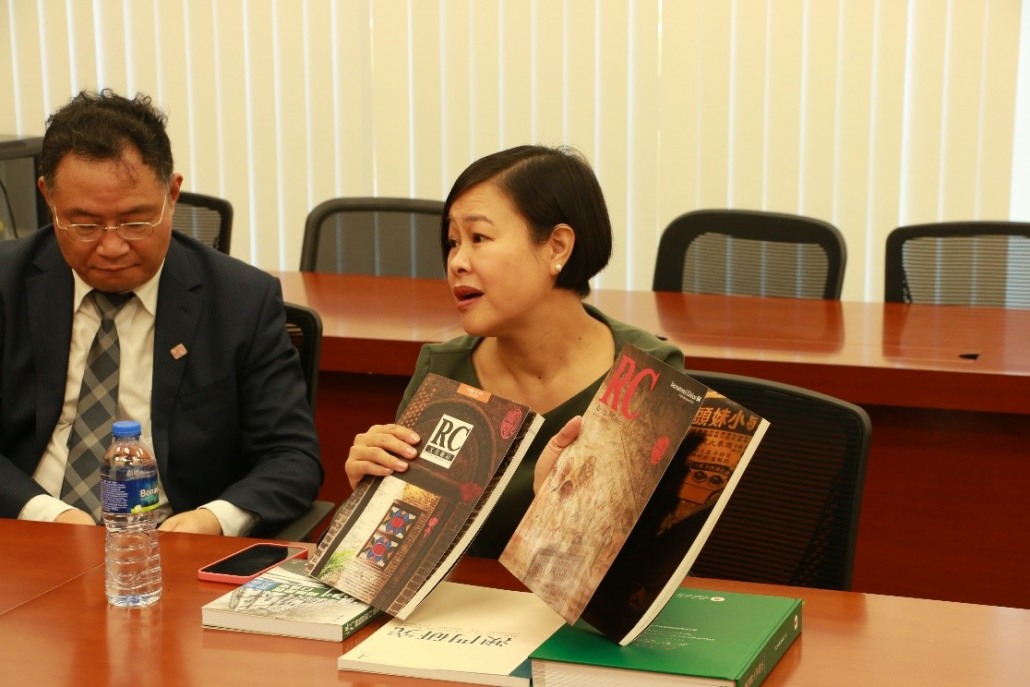 After the visit, the CCHC and the CASS exchanged souvenirs. In addition, the UM and CASS held an exchange ceremony for the cooperation agreement between the two universities in Cultural Building, confirming that UM and CASS will jointly implement the “Student Recommendation Enrollment Plan Agreement” and the “Student Exchange Agreement”. 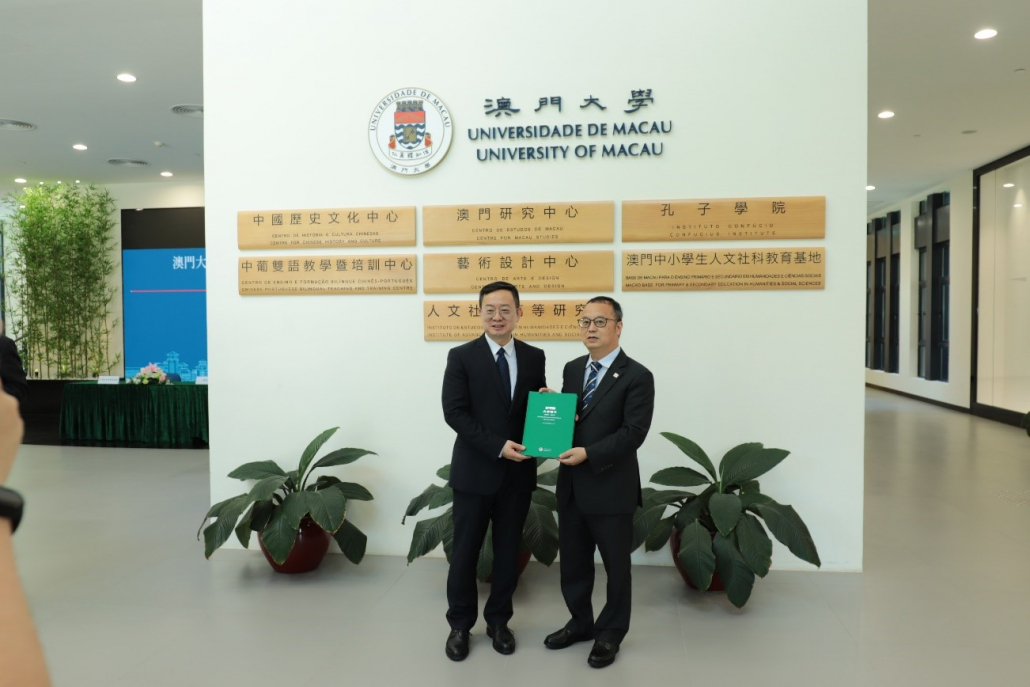 In addition, the delegation from the CASS also visited the “Signature Wonders” exhibition organized by the CCHC and the library. Accompanied by the UM Rector, Prof. Song Yonghua, the University Librarian, Dr.. Wu Jianzhong, and the Director of the CCHC, Prof. Zhu Shoutong. Mr. Gao Xiang, the Dean of the Chinese Academy of History, showed great interest in the exhibition and evaluated highly of the value of the exhibits. 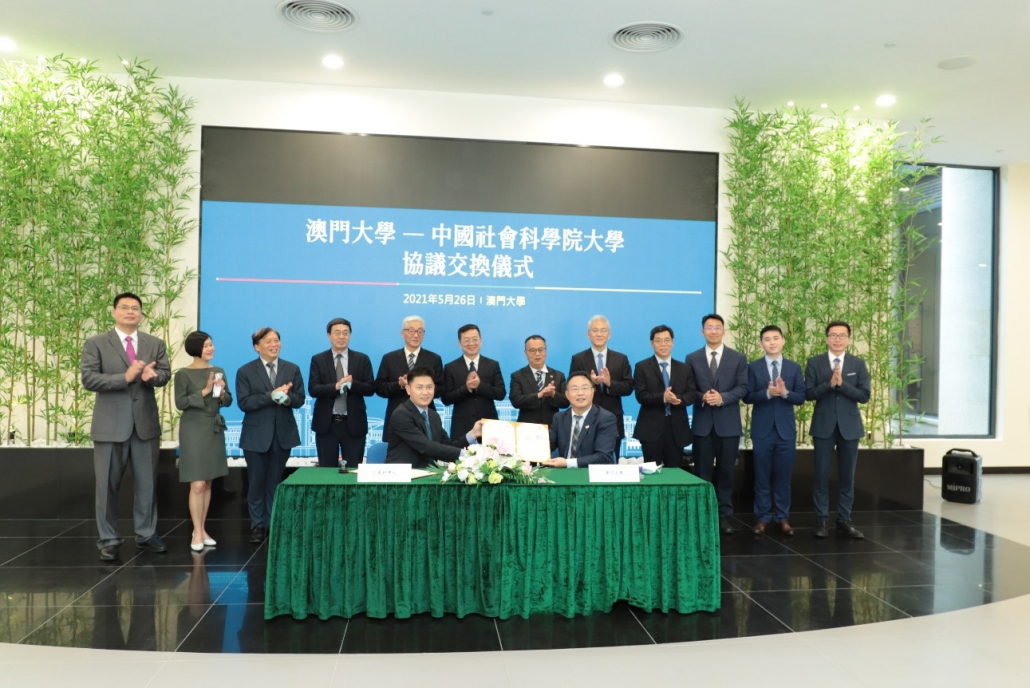 Prof. Xue Jiabao of Yancheng Normal University gave a lecture at the Centre...
Scroll to top