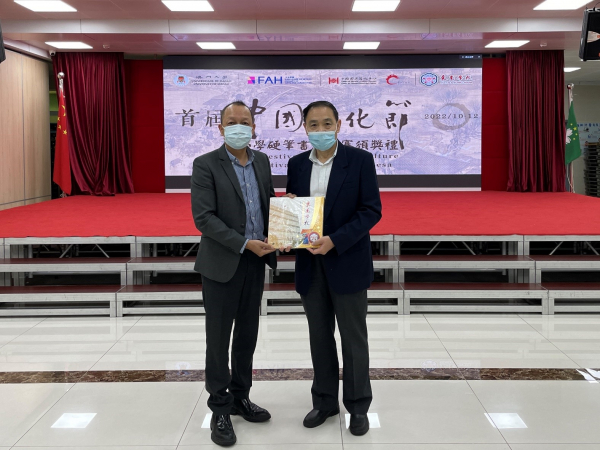 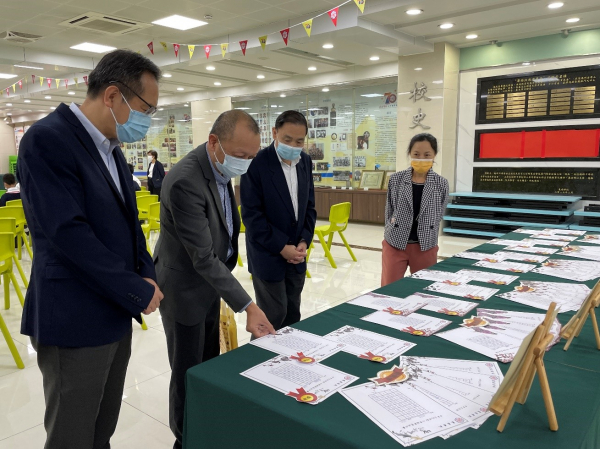 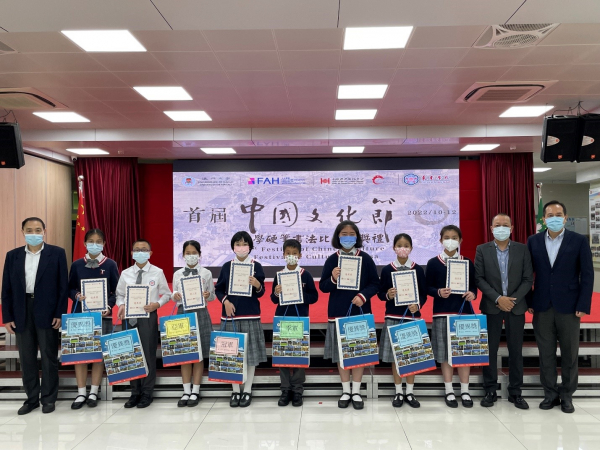 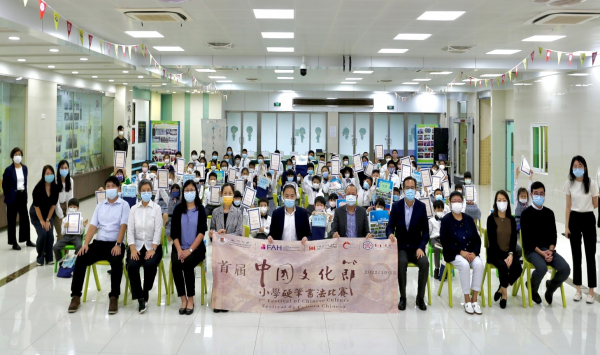 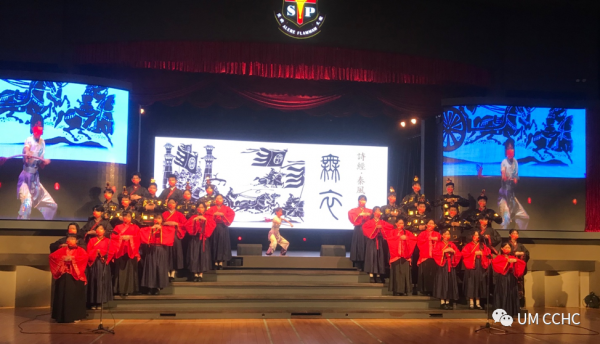 In August 2022, two centres of the University of Macau (UM), namely the Centre for Chinese History and Culture (CCHC), and the Chinese-Portuguese Bilingual Teaching and Training Centre (CPC), have published the fourth book of the Chinese History and Culture Comic Book Series, named “Shennong Tasting Hundreds of Herbs”. The series of books illustrate the traditional Chinese myths, legends, and historical stories.

“Shennong Tasting Hundreds of Herbs” illustrates the story of the chief of the Yan tribe. Shennong was concerned about the suffering and hardships experienced by his people, particularly those related to famine and disease that were devastating to his tribe. He spent years roaming the mountains, tasting hundreds of herbs, and defining the curative properties of each one. It was based on these travels and experiences that he wrote the book named “Shennong Ben Cao Jing” (also known as “Classic of the Materia Medica”). However, he ended up sacrificing himself when he inadvertently tried the “Poison Hemlock”, a highly poisonous plant. To commemorate his virtues and merits, people honored him as the God of Chinese Medicine and built a Shennong Temple. This inspiring story is emblematic of Shennong’s indomitable and selfless spirit, for which he has been revered as a true hero by subsequent generations.

Similar to the previously published books, “Chang’e Flying to the Moon”, “Nu Wa Mending the Sky”, and “Jing Wei Filling the Sea”, this book was written in three languages including Chinese, Portuguese and English.

Both centres are part of the Macao Base for Primary and Secondary Education in Humanities and Social Sciences. The Chinese History and Culture Comic Book Series are in turn aimed to enhance young people’s awareness and understanding of Chinese history and culture in Macao and the international community. The launching of this book series seeks to promote the development of humanities and social sciences education in Macao and to nurture young talent through a series of teaching and training programmes, fostering the dissemination and influence of Chinese history and culture in Portuguese-speaking countries and regions. 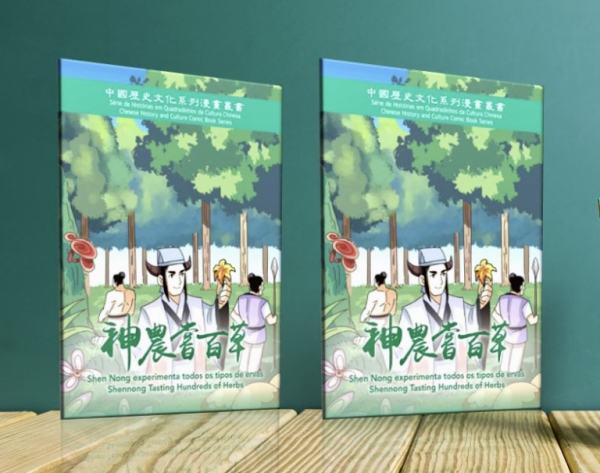 The Centre for Chinese History and Culture (CCHC) of the University of Macau commissioned Professor Yang Yi to write and compile Zhuangzi Hui Tong, which was published in August 2022 by Liaoning People’s Publishing House with funding from the University of Macau for the project on “Pre-Qin Thinkers and Classics Research”. Professor Yang Yi got the Doctor of Literature and has served as Director of the Institute of Literature at the Chinese Academy of Social Sciences, Director of the Institute of Ethnic Literature, Research Fellow and Doctoral Supervisor. This collaboration will not only facilitate the exploration of pre-Qin philosophical thought and literature, but will also help to further disseminate and promote the excellent traditional Chinese culture.

Zhuangzi Hui Tong aims to systematically restore and explain Zhuangzi’s academic and literary achievements, providing readers with a clearer and deeper understanding of Zhuangzi’s philosophy in an in-depth, yet rigorous and accurate manner. The book is based on the two perspectives of Zhuangzi’s thought and the spirit of Hui Tong and uniting the life of Zhuangzi, the origin of Zhuang Zi and Laozi, and the attitude of Zhuang Zi’s “Three Words” towards Confucianism and Taoism, which deeply demonstrates Zhuangzi’s pursuit of independent personality and spiritual freedom, his examination of the suffering world, and his profound experience of life’s tragedies. This has made an important contribution to the study and popularization of Zhuangzi’s thought. 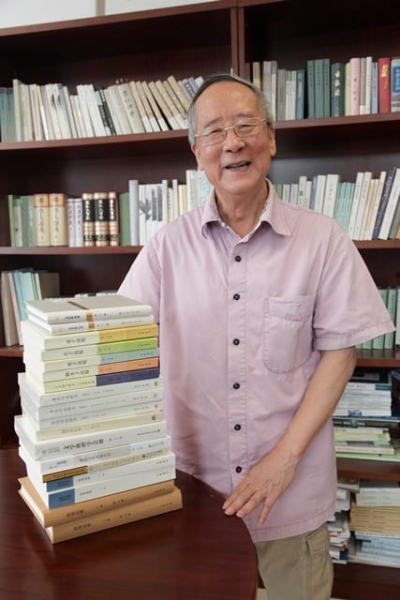 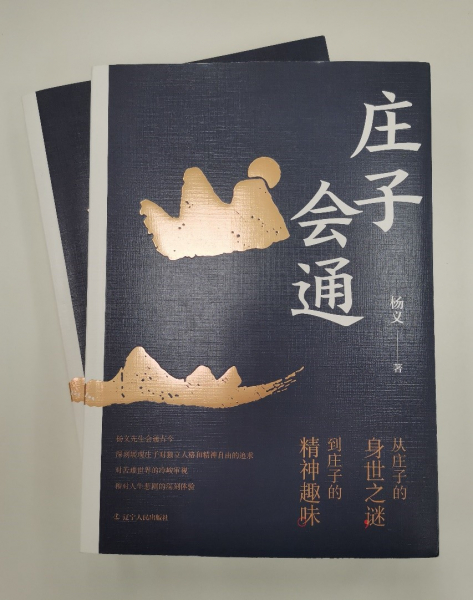 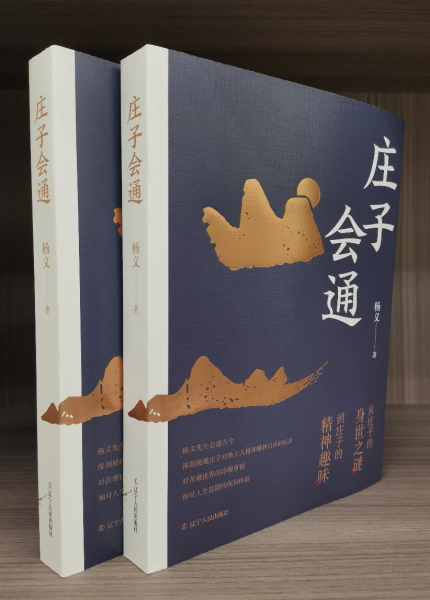 In this issue, the theme of the column “The Seasons of the Academy” is “Nostalgia of Students” 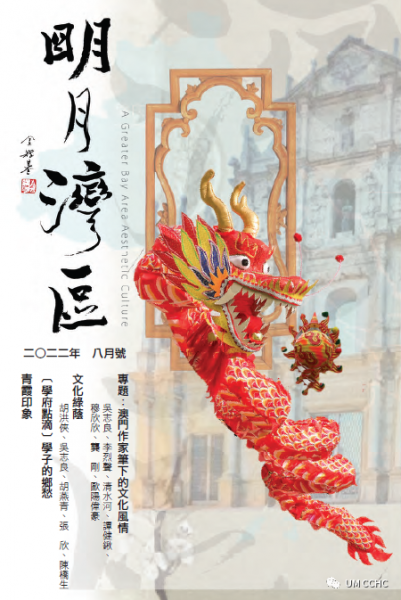 Centre for Chinese History and Culture

In 士與中國文化（Shi and Chinese Culture）, Yu Ying-shih puts it, “The transmission and innovation of culture and thought has been the central task of “Shi” from the beginning to the end.” Confucius represents the archetype of the “Shi” (can be understood as “Scholar”) in Chinese culture, proposing that “Shi should reach the Way”. In the revival of Confucianism in the Song Dynasty, Fan Zhongyan (a Chinese poet, and one of the famous representative of Scholar-officials in ancient China) proposed that the “Shi” should “first worry about the worries of the world and then rejoice in the happiness of the world”, demonstrating the ideal and pride of a “Shi” who could help the common people, which shows that the spiritual outlook of “Shi” has developed with the various stages of Chinese history. Today, the students of the Chinese nation can be described as contemporary “Shi”.

This 5,000 years of history and culture has become an inherent “cultural nostalgia” for contemporary “Shi”, a sense of longing, attachment and admiration for the culture and thought of the Chinese nation. Only by tracing the roots of Chinese culture, exploring the relationship between nature and human civilisation, understanding the changes in human affairs through the ages, and appreciating the glory of the wise and benevolent people in history, can the nostalgia be dispelled gradually.

As a MA student in the Centre for Chinese History and Culture at the University of Macau, this “cultural nostalgia” has driven me to gain a deeper understanding of the historical and cultural ties between Macao and China, and Macao has become a gateway to cultural exchanges between the East and the West due to its geographical location. In the future, I hope to continue to uphold the spirit of “Shi”, to “care about everything at home and in the world”, and to take up the mission of passing on and innovating Chinese culture and thought!